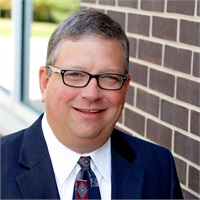 Cory has been in the insurance business since graduating from Central College in 1992.  His career path led him to The Dana Company, where he started in 2001 working in the marketing department. Eventually he became a producer and in January of 2018 became President of The Dana Company.

A lifelong resident of central Iowa, he lives in Urbandale with his wife Melissa, where they raised their daughter, Riley, and son, Brad.  An avid golfer and card player, he loves being out with his friends and family, and has been known to even enjoy a beer or two with them.